> Rate is not valid on Holy Week and Cambodia Holidays

> Room rate is based on cheapest room category hotel check-in is 2:00pm and check-out is 12:00pm 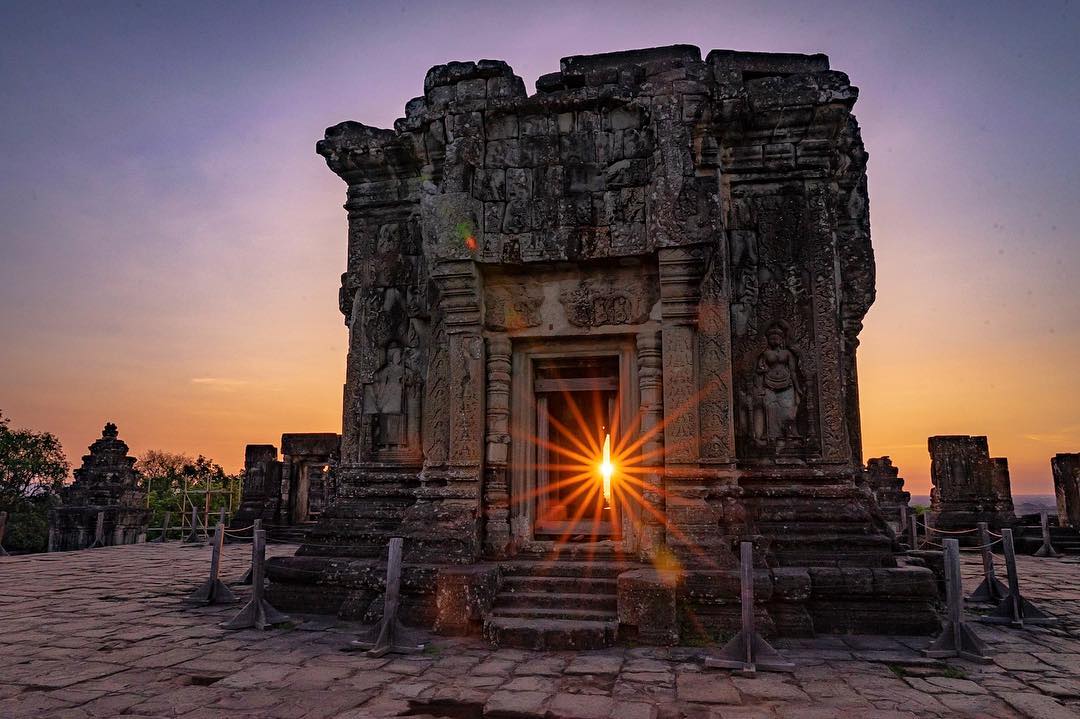 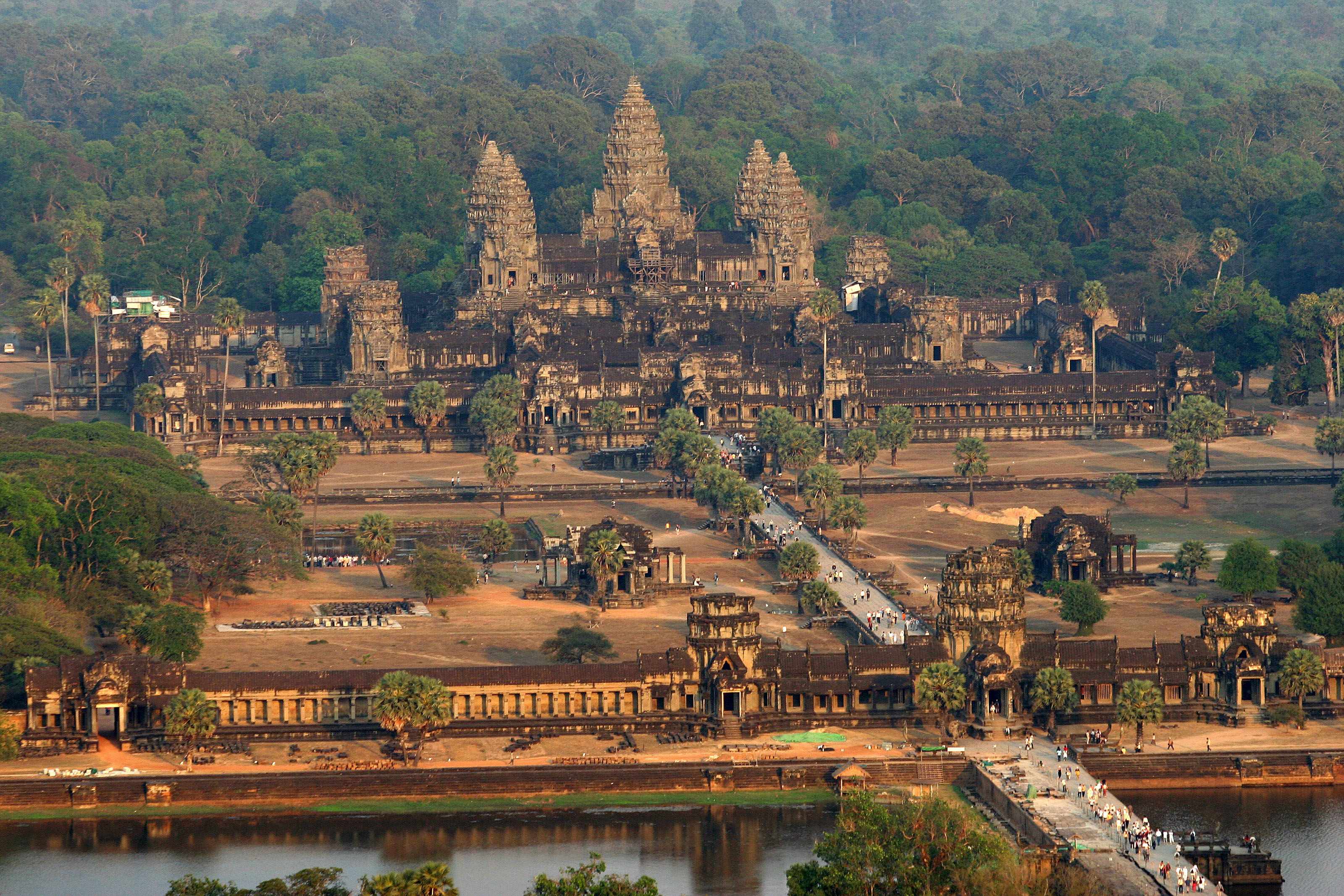 Note: Optional tour can arrange 2weeks prior the travel date

It  an 8:00am  start this morning  as you embark on a  journey through the history  of Angkor. First stop is the  South Gate (with its huge statues  depicting the churning of the ocean  of milk),the ancient capital of Angkor  Thom in the late 12th century then onwards  to Bayon temple which is unique for its 54 towers  decorated with over 200 smiling faces of Avolokitesvara,  Baphuon is like an artificial mountain which recently re-opened  after yearsof restoration, the Royal Enclosure, the Elephants Terrace  and the Terrace of the Leper King. Then continue to the popular temple  of Ta Prohm which is the modern name of the temple at Angkor, built in  the Bayon style largely in the late 12th and early 13th centuries, but probably  more famous for being the location where they filmed the Tomb Raider movie. 12:00  Enjoy lunch at local restaurant.At approximately midday you will be transferred back to  your hotel for a short break and refresh after lunchAt 14:30pm start the „main event‟ the  magnificent Angkor Wat Temple. Built during the reign of King Suryavarman II in the early 12th  century, Angkor Wat was constructed to represent Mount Meru, the Hindu/Buddhist home of the gods.  Inside the temple, the walls are covered with stone carvings, bas‐reliefs. It is quite breathtaking…so  take your time for photographs and viewings. You will be returned to your hotel by transfer.

Discover the majestic beauty of Cambodia’s religion and nature on this exploration of Siem Reap, which takes you to three of the most popular temples in the area. Begin the tour with a pick up at your hotel, right before you head off to Angkor Wat to watch the captivating sun rise behind the temple complex. Walk through one of the largest religious structures in the world and admire the intricate carvings of heavenly nymphs on the walls. You’ll also learn some interesting history facts as well as fun trivia from your local tour guide as you stroll through the complex. Once the sun has fully risen, you’ll have some free time for breakfast at your own expense and enjoy some delicious Cambodian treats at the various local restaurants within the Angkor Complex! Breakfast is followed by a stop at the Bayon Temple, in the heart of Angkor Thom, where you can marvel at the numerous massive faces of Avalokiteshvara engraved on the towers. The tour ends with a visit to Ta Prohm Temple, filled with crumbling towers and overgrown trees that are centuries-old! Inspect the curious root formations on the walls and live out your Tomb Raider fantasy before you head get dropped off at your hotel.

An  8:00am  pick up  in your hotel  lobby marks the  start of this wonderful  day tour showing the twosides  of these areas. Firstly visit the  Banteay Samre which is a Large, comparatively  flat temple displaying distinctively Angkor Wat-style  architecture and artistry. The temple underwent extensive  restoration this century by archaeologists using the anastylosis  method. Banteay Samre was constructed around the same time as Angkor  Wat. Following this we go to celebrated Banteay Srei, also one of the  most beautiful temples it was constructed in 967 AD by Jayavarman V’s guru.  Banteay Srei is built largely of red sandstone, a medium that lends itself to  the elaborate decorative wall carvings which can still be seen today.Now we have  time for you to enjoy a „temple break‟ for a traditional Khmer lunch at local restaurant.This  afternoon you will visit Tonle Sap Lake to discover different aspects of the floating village activities:  crocodile farming, fish raising, fishing operation preparation, traditional medicine, boat shops, spirit houses,  floating schools, etc. The last stop of the day is The Old Market and it really is the oldest Khmer market  in Siem Reap, where locals shop for fresh produce and household items in the early morning. Also known as Phsar  Chas, you can also find vendors selling inexpensive souvenirs such asclothes, jewelry, and shoes, most of which are located  nearby the market entrance. We will return you to your hotel by private transfer.

Today  begins with  a pick up at  8:00am in your hotel  lobby. The journey to our  first destination will take approximately  2 hours through rural Cambodia, but you will  see it is worth the journey when you arrive at  –Phnom Kulen or Kulen Mountain, which means “Mountain  of Lychees”. It is considered by Khmers to be the most  sacred mountain in Cambodia and serves as a place of pilgrimage  on weekends and special occasions. On the top of the mountain here  you will see the massive reclining Buddha. The Buddha statue is made  of sandstone and is one of the biggest of its kind in Cambodia. Also,  the views from this vantage point will not disappoint as you cast an eye  over Cambodia‟s lush forests and jungles. Another site here is the „River of  A Thousand Lingas‟, which features carvings of sacred lingas in sandstone formations  on the river bed and banks. A linga is a stylized image of a phallus representing the  essence of the God Shiva. The carvings are visible even when the water isat its lowest level.    The waterfalls of Phnom Kulen are also must-see sight. After climbing up to the mountain and exploring  around, the waterfalls are a perfect spot to cool off. Plunge into the cold refreshing water that flows  through the falls and do not miss this great photo opportunity as the falls are a perfect backdrop. Here  you will enjoy a picnic lunch on the mountains –just like the locals do. On the way back you visit the Roluos  group (PREAH KO and BAKONG Temple), a modern small town and an archeological site which was once the seat of Hariharalaya,  first capital of the Khmer Empire north of Tonle Sap.From here it is about 13 km back to Siem Reap where you will be able  to relax and reflect at your hotel.

***ALL RATES ARE STILL SUBJECT TO CHANGE WITHOUT PRIOR NOTICE ***